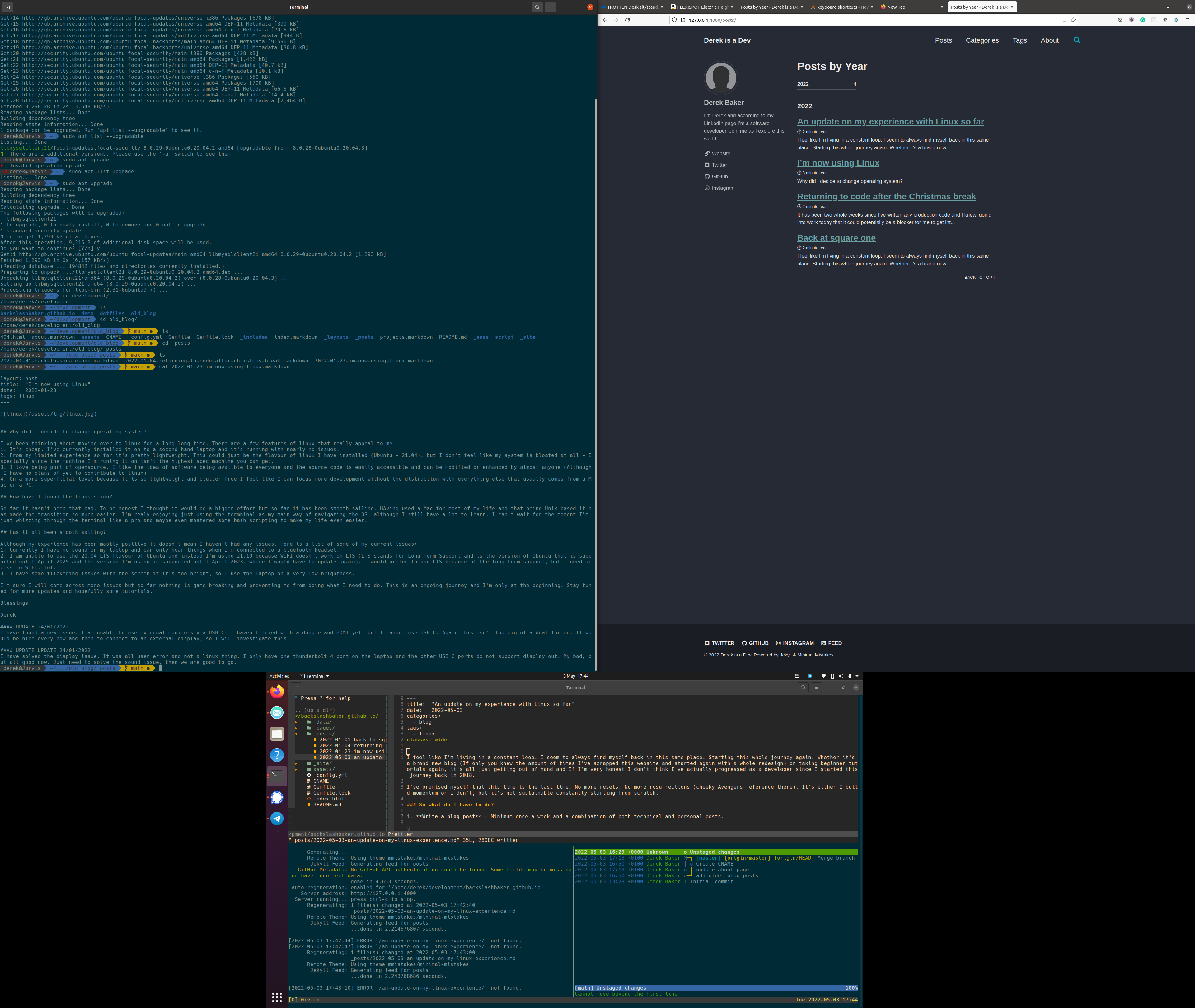 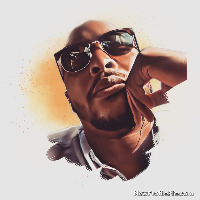 I try to build things with code.

How has it been so far?

To cut straight to the point I’ve been loving Linux so far, I can’t put my finger on it but there is something about the operating system that is just fun. I never thought I would ever describe an operating system as fun, let alone a desktop OS. I thought the level of customisation offered by Linux would become incredibly overwhelming and I would find it very off-putting, but if I’m very honest I’m using a pretty much vanilla Ubuntu experience and It feels great. I guess that’s a massive positive. I assumed that Linux was purely for the power user and the high ranking tinkerers, but I was pleasantly shocked that Linux is very accommodating to casual users.

Something that I’ve noticed as I’ve switched to Linux as my daily driver, is I’ve noticed my coding productivity has increased a lot. I can’t figure out why. Maybe it’s a superficial thing, as you can see in the hero image for this blog; my desktop looks pretty ‘This guy writes code.’ Aside from the aesthetics, I’ve taken to creating as many shortcuts as I can to be as efficient with my time as possible. When programming on Mac, although the option was available to me I never bothered, but now I’m constantly looking for shortcuts in the programmes I’m using and also when navigating around the OS.

If you’ve read my previous post about switching to Linux you would know that my initial entry into this space wasn’t the smoothest. Although I was up and running, I had to make many compromises on my experience. This all changed when I switched from my original Samsung laptop to a more supported Lenovo Thinkpad. Since making that change I have no issues with sound, video or any other features on the machine.

So far I have no additional negatives. Everything I want to do, I can do on Linux and anything that I can’t I’ve always got my work provided Mac or my gaming PC (10-year-old Derek is screaming right now, I’m living his dream). I’m truly excited to see where this journey takes me, I’m already planning on building a NAS server running Linux later on this year and that experience I will document. Until then, I will hopefully drop more posts on things I learn and coming soon I will provide a little Bash/Linux cheat sheet for anyone curious about Linux.

You May Also Enjoy

What have I been working on?

Where have I been?

For real where have I been?

Why did I decide to change operating system?

Returning to code after the Christmas break

It has been two whole weeks since I’ve written any production code and I knew, going into work today that it could potentially be a blocker for me to get int...